After the positive reception from my students about our Uno’s Garden review activity for estimation and multiplication, I decided to create a similar activity to practice the skills from our geometry unit.

You can see our district power standards here. I’ve modeled the activity directly from the state standards, though, because there are a few holes. Also, looking to the future, here are the geometry Common Core standards. I linked each of the problems to Barbara Kerley’s great biography, What to do About Alice? 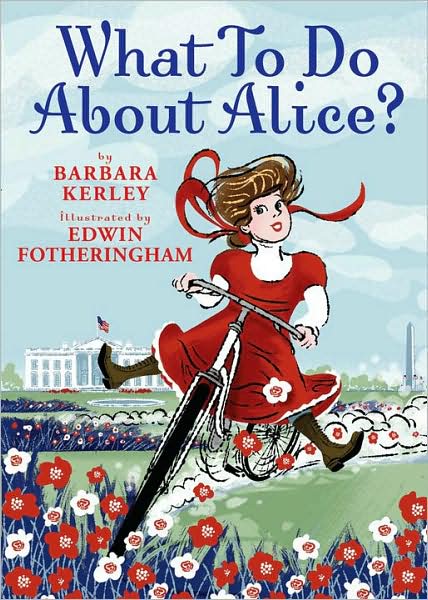 We’d been reading So You Want to be President, and I remembered this image from Kerley’s book: 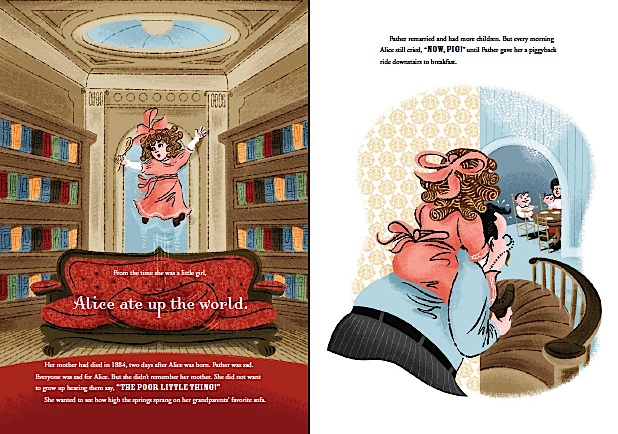 The couch! We could find the perimeter of the couch! So I developed a set of six questions related to the book, posted them around the room, and had students move from question to question at their own pace. Because we’re a 2nd/3rd grade class, there are questions at a variety of difficulty and depth of knowledge to permit everyone some successes.

You can see the questions and my answer booklet below (I always print it on special paper because students have told me it makes the activity feel more like a quest or a scavenger hunt rather than just skills practice).

Please let me know if you found this lesson useful! I’ve found it to be a much better alternative to a straight-up assessment.

Ordinarily, I try to stay as close to the edge of the standards debate as possible. This is mainly because I like standards. It doesn’t make me terribly popular in some areas of the reform world.

I think that standards give us a road map for our instruction, and I think they’re critical for our school’s highly transient population to ensure they receive a more continuous education. You might think that sounds like The Official District-Approved position, but whatever, it just seems like common sense to me and I don’t understand why people are freaking out. Besides, there’s no law saying districts and policymakers can’t get SOME things right.

Then I saw this tweet, which made me a little grouchy.

Washington state’s kindergarten standards are critical for our students. Yes, kindergarten needs to include time for shoe-tying and belt-buckling and nose-wiping. It’s also a time for exploring social skills and learning about school behavior and what citizenship means and how to read and count and have meaningful conversations. Kindergarten (and ALL learning) is about finding the joy in exploring new ideas and learning to create and process universal questions and other heavy stuff.

Standards don’t mean we need to strap our kindergarteners into desks or teach them how to fill in a bubble sheet. Standards mean that students can’t be stifled by the kindergarten teachers who say, “I don’t think children should be reading books until at least December” and “I don’t use long words with children.” (They exist. And not in the Waldorf way, either.)

Standards don’t mean that we limit students’ learning experiences. Standards don’t mean you “can’t” teach dinosaurs or World War II or whatever your pet interest might be. Standards are the baseline we use as educators to make sure we’re not leaving any holes in our students’ exposure to new learning. They protect our kids. Our students have a right to be explicitly told what is expected of them and how they can achieve it.

I will admit to some uneasiness toward Power Standards, which are also perfectly fine in theory and in GOOD practice. Power standards are meant to streamline the lengthy list of standards to the most critical learning. The trouble arises when admins/staff/activists paint power standards as the ONLY learning that should be happening.

But EVERY educational tool, theory, or practice can be subverted by crappy interpretation. The misinterpretation by a few shouldn’t be a reason to paint everything with a sweeping brush of distain. I know plenty of teachers who use conferring time in their reading workshop to grade, send e-mails, or clean their desks. Does that mean we crack down on using a reading workshop model? I don’t think so. So why should we be wasting our energy railing against standards? There are so many other battles we need to fight for our kids.

But terrible things ARE happening because of standards, activists say. Art is being cut because it’s not worthwhile! Administrators have stopwatches to make sure we’re pacing our reading lessons properly! If we don’t have standards posted, we get a passive-aggressive e-mail!

To that I say, don’t blame the standards; look instead to the people who are misinterpreting them. Shame on the district that doesn’t tell the administrator to dial back the crazypants behavior. Shame on the teacher who refuses to find a way to do what’s best for kids and instead wastes time wallowing in gossip and blame. Shame on the public for buying insane stories in the media.

“We don’t NOT do what’s right just because some people might respond inappropriately.” Last year I scribbled that down when my principal* said it in a meeting, and I return to it nearly every day when someone freaks out or seems on the verge of freaking out.

It’s not about the standards themselves. If it is, and you disagree with a standard, contact OSPI or your district. The standards are tweaked every single year, and if you never speak up, they’ll never be improved.

Enough. We have bigger work to get done. Let’s go.

*(I looked to see if someone famous said that quote before he did, but when I ran a Google search, all that came up were links to topics as diverse as how to stop yourself from laughing and ‘roid rage.)

Washington state has officially adopted National Common Core Standards. They won’t go into effect (read: they won’t be used on standardized tests) until 2013-2014, but I wanted to let you know to keep you posted. The good news is that Washington’s state standards are really very close to these national standards, so our curriculum shouldn’t change too much.

You can read the press release here.