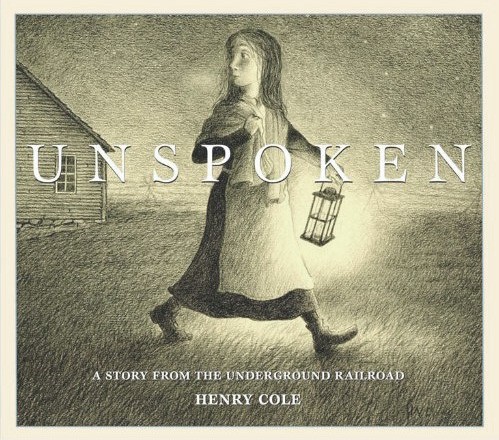 So hard to believe that our SECOND annual Mock Caldecott award season is over, but it’s time to reflect and think about what we can do next year to make it even better. Today, I’m going to walk you through what we did in our class.

You probably know that any book published in 2012 by a US illustrator isÂ eligibleÂ for the 2013 Caldecott. That means you can start reading potential Caldecott books RIGHT NOW! Yay! One of our bulletin boards is dedicated to recording all the Caldecott-eligible books we enjoy as a class. By the end of the year, the list looks something like this: 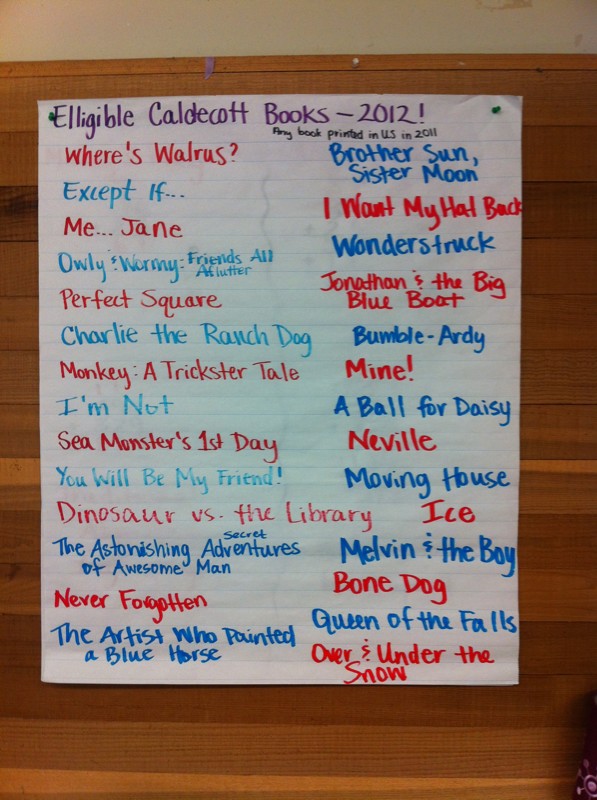 Between January and June, I usually include a few new books in our daily CAFE strategy read alouds. I record the books we read, and I keep them on the list after students leave and come back in the fall. This can get a bit tricky if you don’t loop with your students. This year, I only kept three of my students, so at the beginning of the school year, I created a bucket of books with all the eligible books we’d read last school year so everyone could be caught up.

In September and October, we continue this pattern of reading a few potential books in class. Whenever I check out new books from the Seattle Public Library, I point out during our morning class meeting which ones are eligible.

November is National Picture Book Month, so I read eligible books every morning during class meeting. Then in December, I continue that morning routine under the title of “Mock Caldecott Preparation.” :) I haven’t had any complaints from students or admins yet.

By the time January rolls around, we’ve read about two dozen books. The first full week in January, I check out any books that I’ve overlooked (using other Mock Caldecott lists and best-of lists as a guide). At the end of the second week in January, we create our short list. Here’s the video I put together to refresh students’ memories on all the books we’d read. Everything’s listed alphabetically.

Students pick their top five books, and I rank order their choices. This year, I also allowed write-in candidates, as the only titles I put on the ballot are ones we’ve read as a whole class. That’s how Sidekicks made it onto the list this year.

The Friday before the ALA Midwinter Conference, we use our short list to vote for students’ top three titles. We release our list the Friday before the official decisions, so our votes aren’t swayed by the “real” votes. This schedule got a bit botched this year due to SnOMG, so we weren’t able to watch the live webcast of the awards on Monday. Normally, students come in early for snacks and beverages (because we’re on the West Coast, we almost always have to arrive at school early).

This poster was a huge help in explaining the other book awards â€” this year we also read the Geisel honor, the Schneider Family award winner, and the Sibert award winner.

Can’t wait for next year! 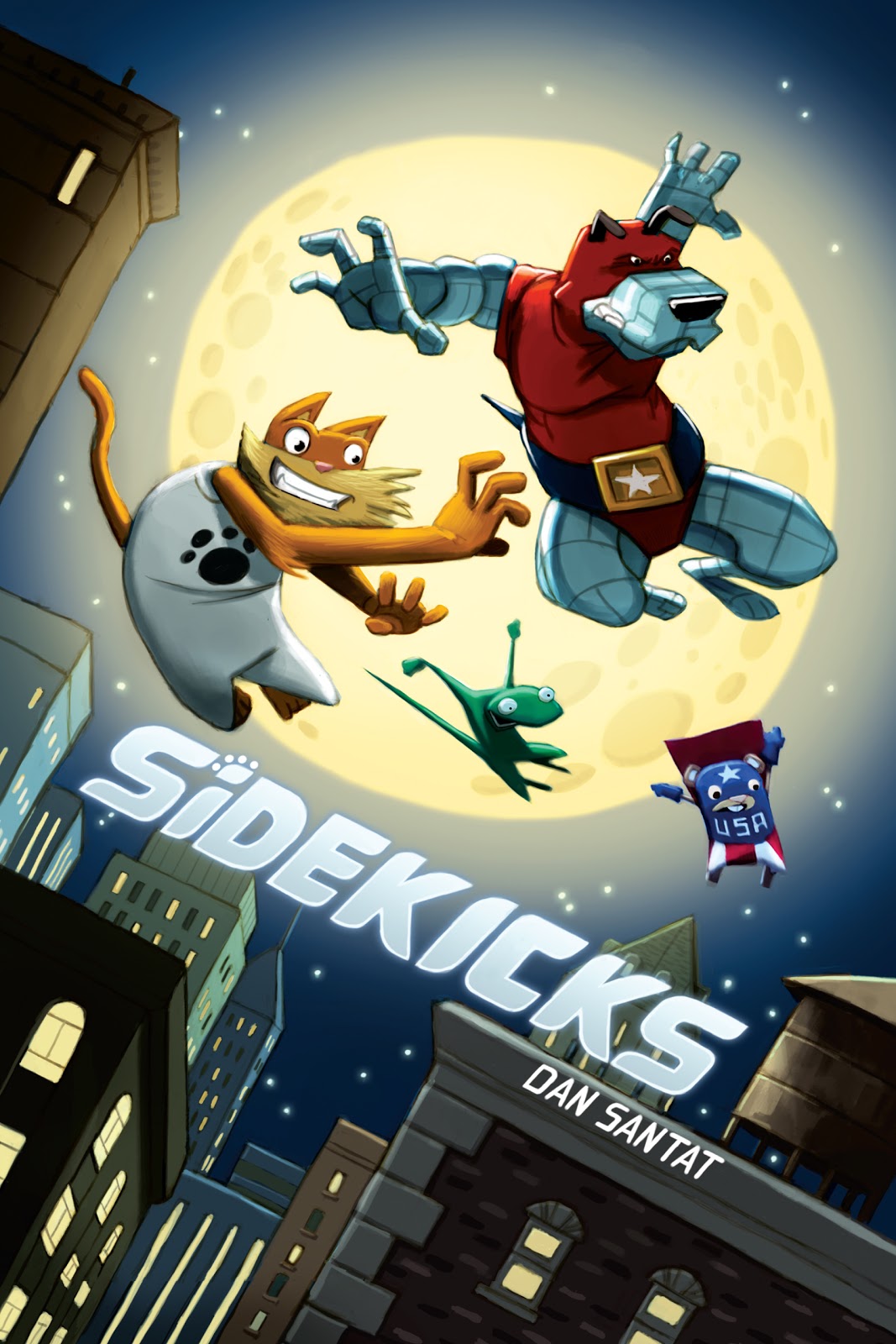 We’ll have our first round of Mock Caldecott voting tomorrow! It’s going to be so fantastic! We’ve read so many books so far this year!

Here’s an alphabetical list of the books we’ll be voting on. In this first round, students can rank their top five books. The field will be narrowed to ten books, and then we’ll have final voting next week!

It’s been quite a week for us! On Monday, we discovered A Sick Day for Amos McGee won the Caldecott, and we were expecting that Art and Max would win, Jasmin said. We watched the awards announcement live Monday morning in our classroom!

“We were expecting that Art and Max was going to win, but A Sick Day for Amos McGee won,” Leonel said.

Our mock Caldecott predictions were a mixed bag — we were right that Interrupting Chicken would win an Honor, but Art and Max received nothing.

That day, we reread Interrupting Chicken, Ryan said. Most students said it was as good the second time around, and for some of us, it was our first time.

Another thing we certainly weren’t expecting, Cecilia said, was to hear from Bill Thomson.

Which brings us to Tuesday. We were content with how the Caldecotts turned out, and we had added a few new books to our classroom library — Interrupting Chicken, Dave the Potter, and Chalk.

When Ms. Houghton went to the staff workroom at second recess, however, she was surprised to discover a large envelope. “Bill Thomson” was on the return address. Ms. Houghton could have opened it then, but she waited for her students to return. She even asked Mr. Swartz if her students could go late to their math intervention with Ms. Kliskey, and he agreed.

“Bill Thomson gave us a note, and the whole class was really surprised. We reviewed the book Chalk, and Ms. Houghton cried because she was so excited,” Ra’Seana said.

“It was hand-written,” Esther said of the note.

There was a dinosaur drawn at the bottom, warning “Be careful what you draw,” Xavier said.

“I liked your handwriting, and it’s really neat,” Shi said. “I wish I could take the paper home to show my parents.”

Ms. Houghton said she didn’t think of copying the letter, and she will do so at lunch today.

Ms. Houghton was contacted by Neal McNamara, the education reporter for the Mirror. He interviewed her by phone on Friday afternoon, while Mr. Swartz hung out in her classroom and tried on her safari hat.

“We’ve had a wonderful week,” Ms. Houghton said. “I can’t even begin to imagine what Thursday and Friday have in store for us.” Special thanks to Mr. Swartz for allowing Ms. Houghton’s class to explore literacy in innovative ways.

Thanks to Neal McNamara for reading our press release and contacting us!

We’ll post more once students arrive after our two-hour late start… We also have exciting news about Bill Thomson and Chalk.

And here’s the UK cover art for Wayfarer: 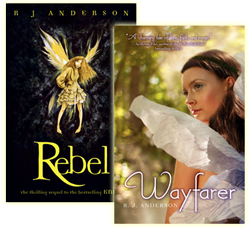 See you Monday! Lots for us to do for our Steve Jenkins author study!

Additionally, I spoke about Dinosaur National Monument at the end of the video. Here are a few pictures of what the area actually looks like. It’s amazing! 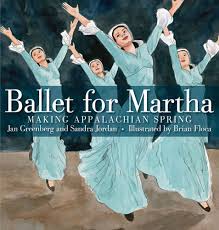 Ballet for Martha is one of the books included in our Mock Caldecott Awards, and it’s pretty magnificent. I’ll review it in tomorrow’s book talk, but today I told our class that I’d upload the full ballet. We watched Part 1 today in class during snack time.